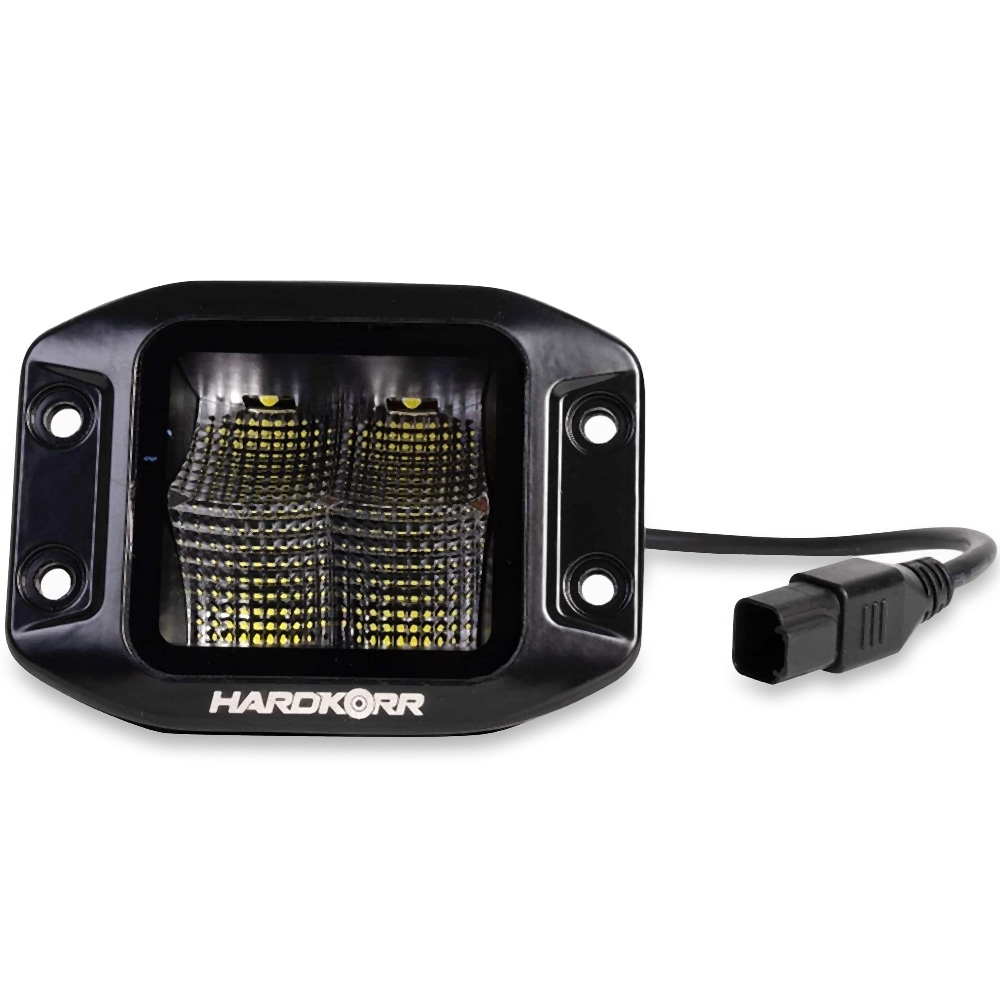 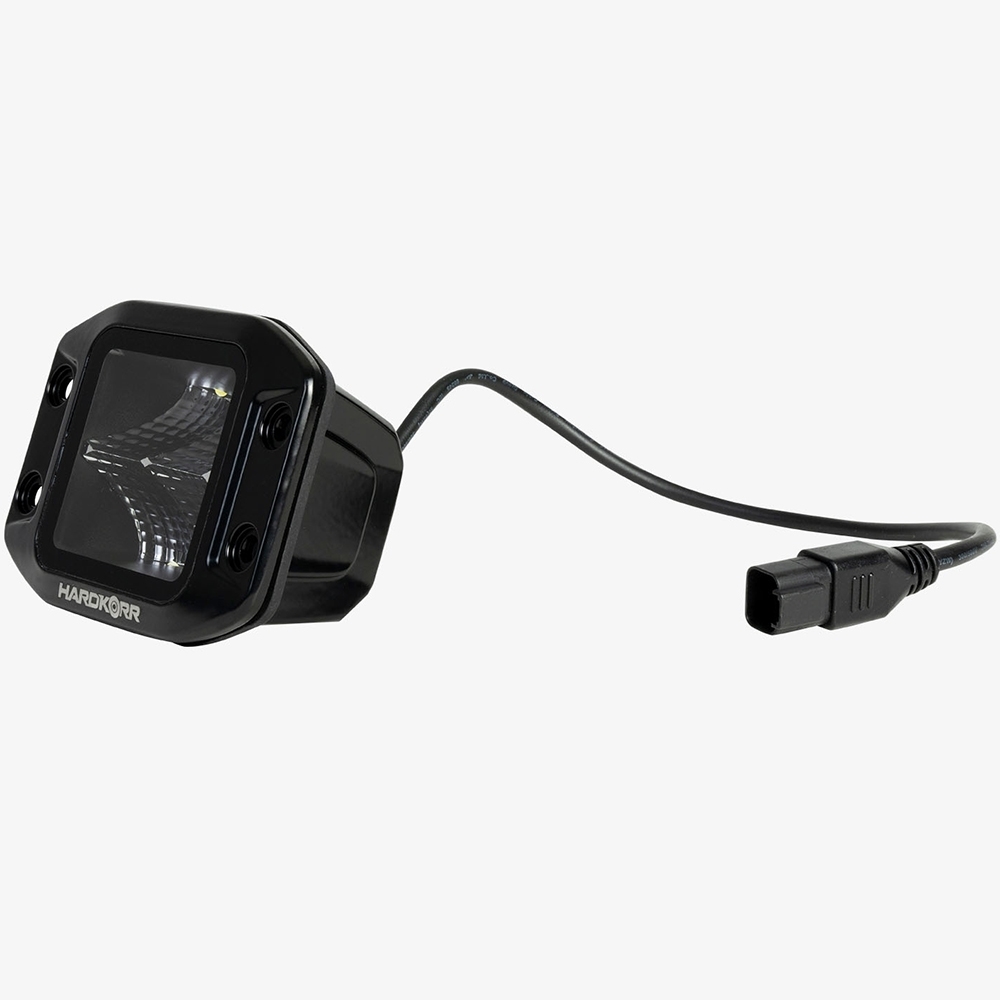 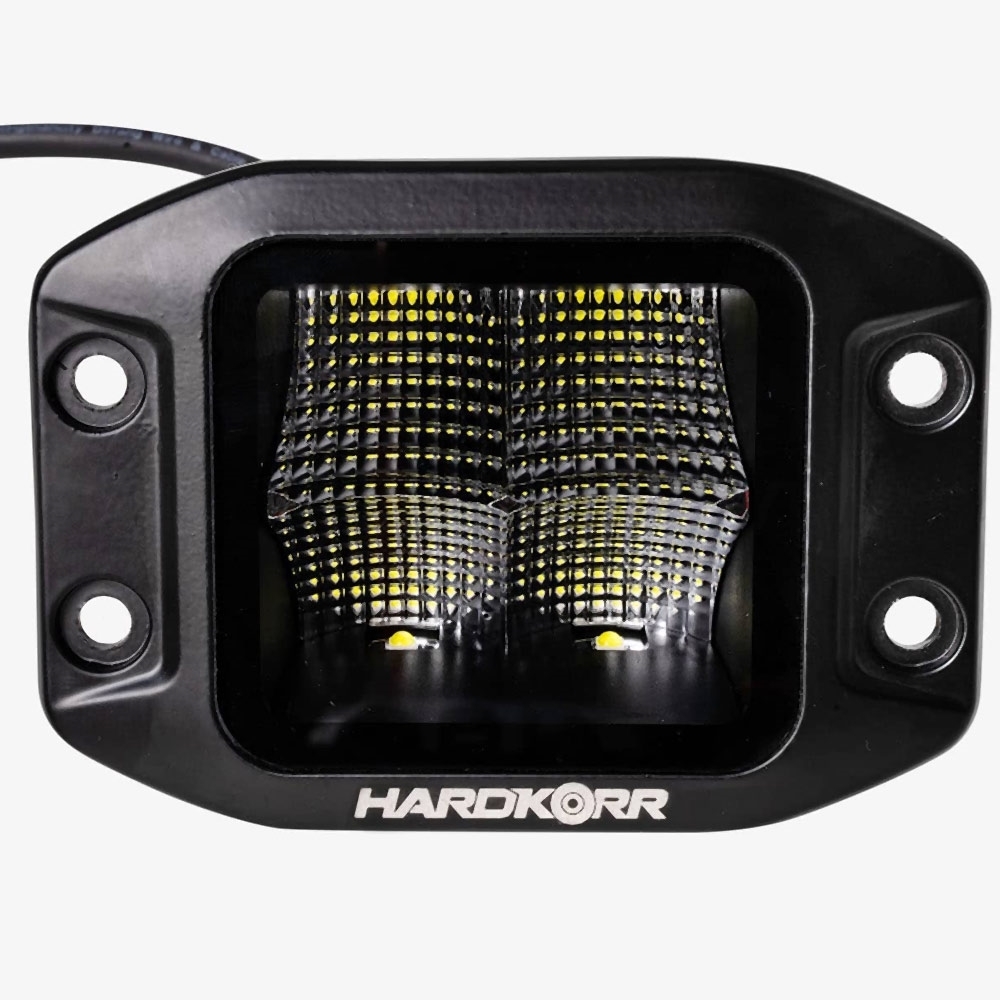 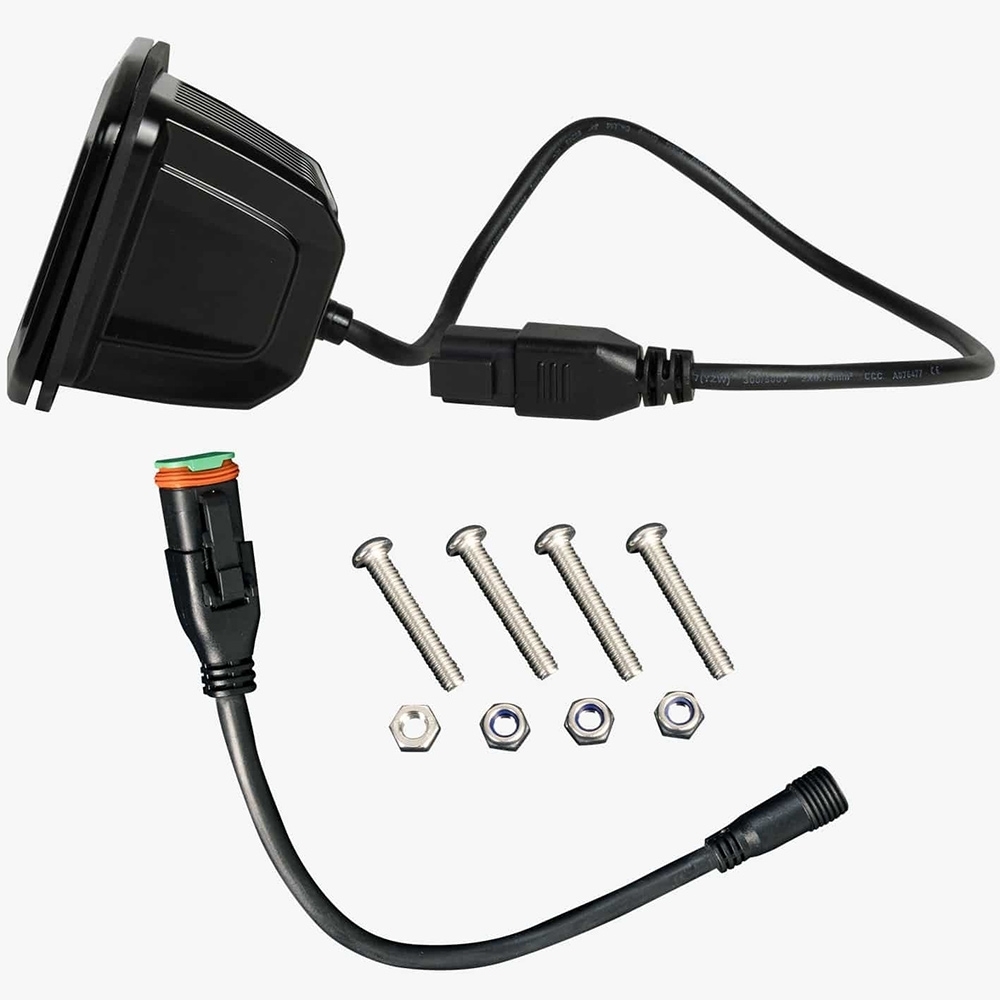 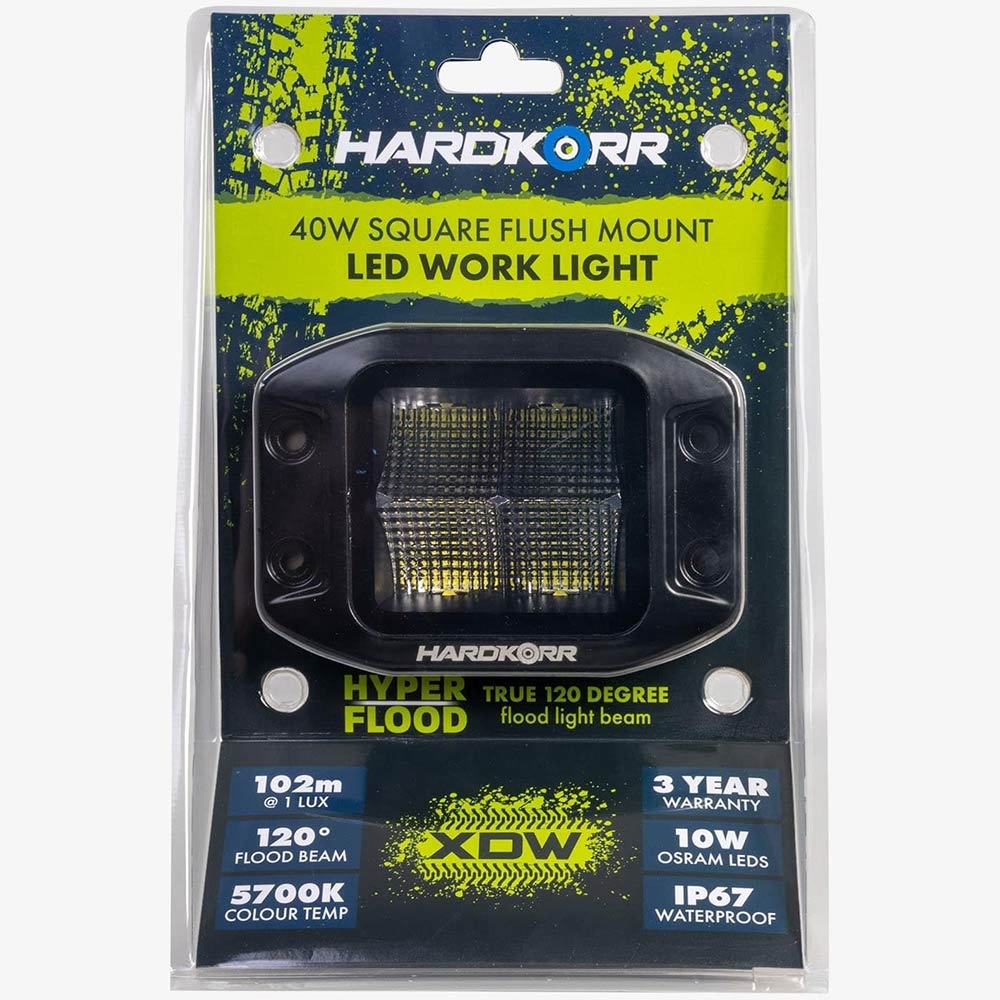 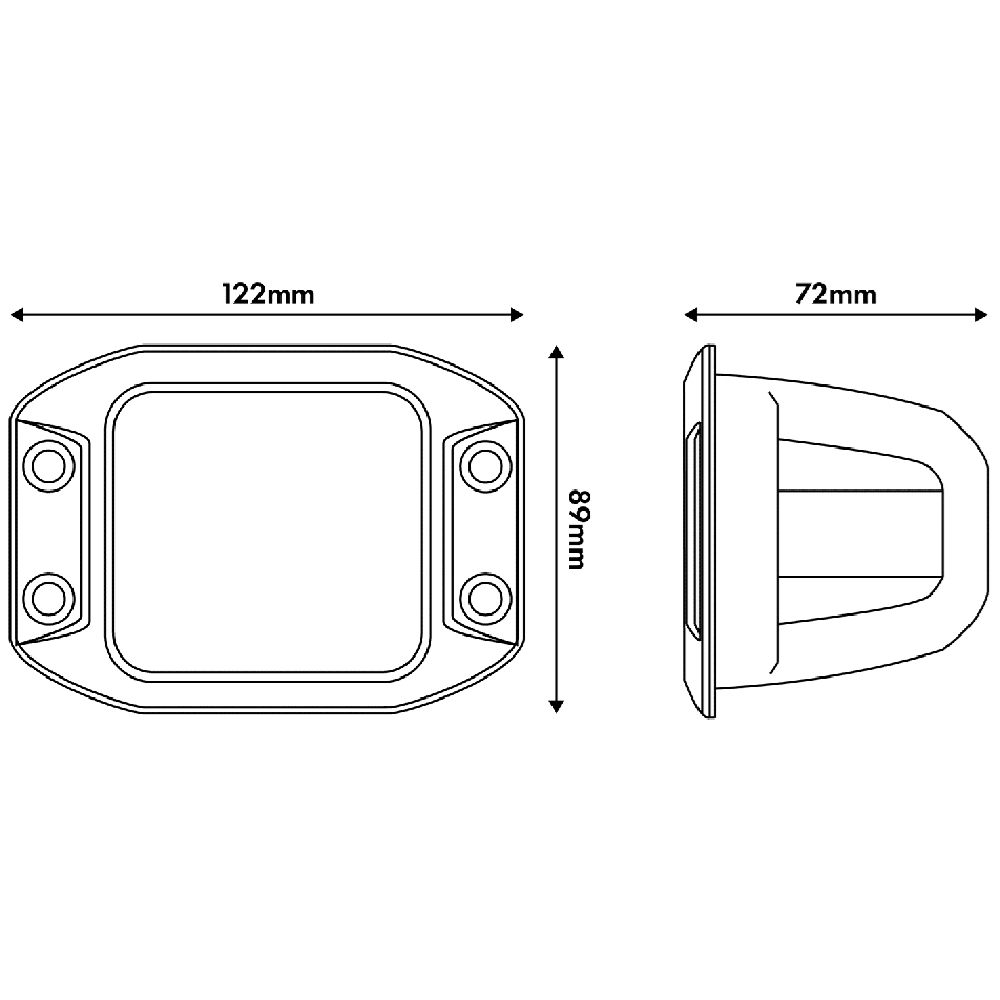 Light up the night anytime and anywhere, with the Hard Korr XDW Series 40W Square Flush Mount LED Hyperflood Work Light. The width of the flood beam on this thing has to be seen to be believed.

The XDW series of lights is known for their clean lines and sleek black look - but the most interesting part about them is their reflectors. These are calibrated and manufactured with nanometre precision to create beam patterns like never before - the essence of Hard Korr’s Hyperflood™ technology. This tech has been so popular for Hard Korr that they’ve upped the ante by doubling the power to 40W. Using four 10W OSRAM® chips, this light throws a powerful 120° beam up to 102 metres from the source. The downward facing LED chips are especially handy if the lights are mounted, where the glare may interfere with other drivers.

Mount the light-to-rear bars or canopies as auxiliary lighting for off-road driving, working around the vehicle, or for safety when reversing at night. An IP67 rating has it dust- and waterproof, while the Deutsch connectors for supreme weather resistance can be changed for the included DC cable adaptor. The kit comes with everything you need to get light where you need it, where four long mounting bolts plus nuts provide plenty of options to mount on a canopy or bar. To keep water out too, an included rubber pad sits between the back of the light and the mounting surface.

Be the first to ask a question...